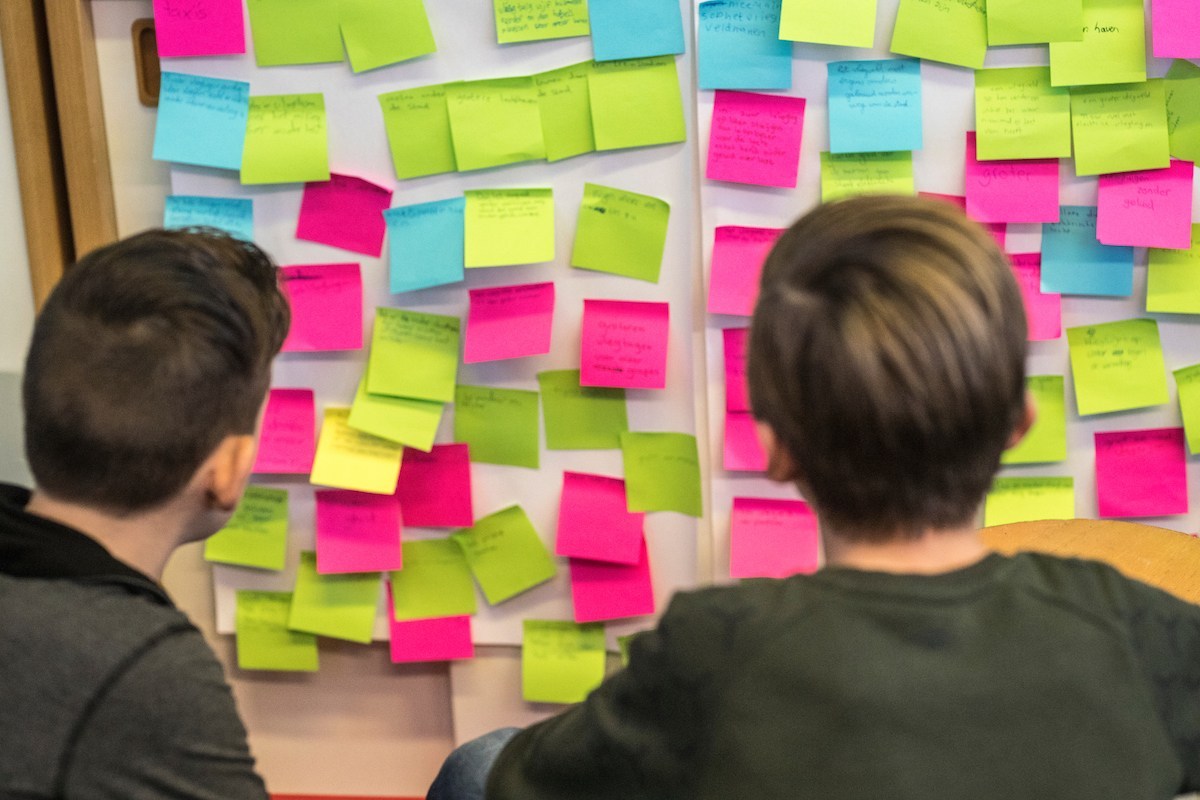 Kids generate ideas about the future of Eindhoven Airport

Local residents, interest groups, entrepreneurs, airlines; they are all explicitly invited to think about the development of Eindhoven Airport. ConsultingKids has been asked to record children’s opinions and ideas and to translate them into professional advice. “Children feel free to say what they think, they actually always think out-of-the-box and therefore often come up with unexpected solutions to complex problems.” Says Ralph Stam of the organization, child at home with active and challenging teaching material. in dozens of primary schools.

“Children think out-of-the-box”
It is not something you see everyday, primary school students between the ages of 9 and 12 ask how they see the development of an airport, in this case Eindhoven Airport. How to handle noise or growth plans. Do they have an opinion on that at all? Do they know anything about it? Ralph Stam is smiling. “I can imagine that reaction,” he says, “but we are also not going into classes with such a broad question. We have developed an educational method that allows children to think about issues in a playful way. A new form of learning in which children learn problem-solving skills and become acquainted with real issues. For a day they work together on all kinds of assignments, talk about all kinds of things and are challenged to say what they think, to express ideas. In that day program we then process the subject that our client wants to know more about. In this case, therefore, Test Case Eindhoven Airport. “

Fairy tale
For the occasion, ConsultingKids has written a fairy tale set in Gompiestad. An ordinary city where daily life takes its course with one big issue: how should the airport continue? How important is that for the city? It provides jobs, but also odor and noise. What is possible and what is not? Central to the course material is a large scale, including ten puppets who must make a decision together. Queen Cora (Van Nieuwenhuizen, minister) is recognizable with the crown on. In addition, females and males including the alderman and deputy, people who have to decide on the development of the airport. “The students are asked what they would do,” Ralph Stam continues. “How do you tackle nuisance, for example? How do you make the best contact with local residents? In passing, they learn what an alderman is, a representative. And how decisions are made in the Netherlands. Of course not very detailed, they are still kids. Our experience is that they find it very exciting if they can talk about real things. They understand that the airport in Gompiestad Eindhoven means. “

Surprising
ConsultingKids can boast a nice track record. In the meantime assignments have been carried out for 87 organizations from six countries, for example for the municipalities of Amsterdam and Utrecht, Univé, Rijkswaterstaat, Shoeby, NS, Vanderlande and Rabobank. “Almost always with surprising results. Children come up with ideas and solutions that adults don’t think about or that they don’t dare to suggest, afraid of being laughed at. Kids are not bothered by that. The input from the classes has been used very often in the elaboration of further plans and their communication. We expect the same for Eindhoven Airport. ”

Reporting
On Thursday, January 24, pupils from the primary school in Best tackled the troubles in Gompiestad. Follow schools in Eindhoven. On Friday, on 1 February, former State Secretary and independent scout Pilot Case Eindhoven Airport Pieter van Geel and deputy from the Province of Brabant, Christophe van der Maat, will be present at one of the schools. The ideas of the children are offered in February.

This article was first published on https://proefcasus-eindhovenairport.nl/kids-denken-mee-over-de-toekomst-van-eindhoven-airport/

How does ConsultingKids ensure your privacy and protection of personal information?